If you have used a Hands-Free Microfiber Bait Towel, we want to hear from you. Send your Bait Towel stories with a photo info@clipwipes.com and we will send you a free Bait Towel.

Posted by mziminsky on January 21, 2018 in Testimonial | 0 comments

Posted by mziminsky on December 5, 2015 in Testimonial | 0 comments

Dear Bait Towel: I wanted to send you a quick thanks to let you know I am a happy bait towel user. Thank you for your product.  I recently moved to the East Coast and have been spending more time on the water and less on the golf course.  I’ve found that the best way to catch fish is with bait and there’s nothing worse than having to wipe my slimy, smelly hands on my shirt or shorts.  During my last trip out I landed my first redfish, it hit my bait quickly and I was thankful I had clean dry hands when it was time to reel him in! ... 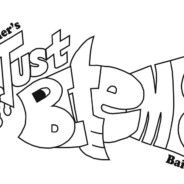 Why Fishing Dealers Love Bait Towels Dear Mark, I just wanted to send you a note to say thank you. As you can see by my empty basket your Bait Towels are selling fast! We are up near the Canadian Boundary waters and my shop is small and not a lot of fishing accessories sell well here. We mostly sell basic tackle and bait, but your Bait Towels are really an exception because they DO sell here. We have also used Bait Towel to help out fundraisers for children. So I will stay with Bait Towel at Miller’s Just Bite Me Bait...

Posted by mziminsky on February 24, 2014 in Testimonial | 0 comments

Fisherman’s Access in Brea California “We’ve had Baitowels in our shop for over 6 months and have very pleased with the sell through! It has been amazing! Many of my customers are buying multiple times so I know we have a nice towel product to offer that our customers appreciate. We just reordered Baitowels again.”   Jack Kaneoka Fisherman’s Access